Charlie and The Chocolate Factory

Adam, Noelle and I just read Charlie and The Chocolate Factory for From Left to Write.  It was lots of fun to share the story with them and talk to them about the differences between the book and the Johnny Depp movie version (the only version they have ever seen).

Back in May we toured Hammond's Candies with Noelle's Girl Scout Troop.  Reading the book reminded me that I never got around to blogging about it!  Adam, Noelle, and I had been before, but this was the first trip for Justin and Lily.  When you step inside the lobby it smells great.  First you get a colored sticker so you know when it is your turn.  Once they call your color you are led into a room to watch a video about Hammond's.  The video covers just about everything from when it was founded to how it is currently run.

Girl Scout Troop 4526 - As per usual for one of my children,
Noelle is the only child's face you can't clearly see. 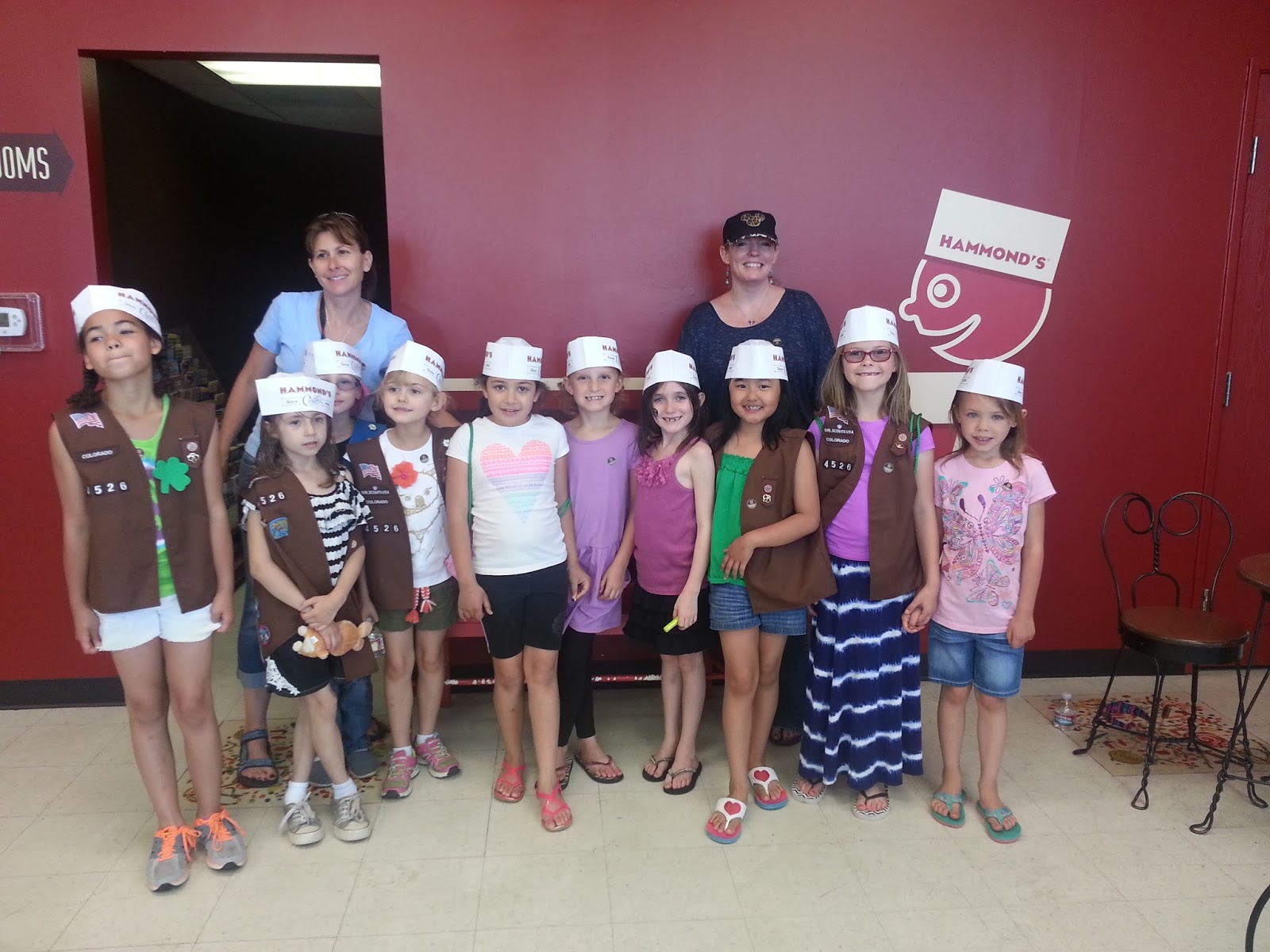 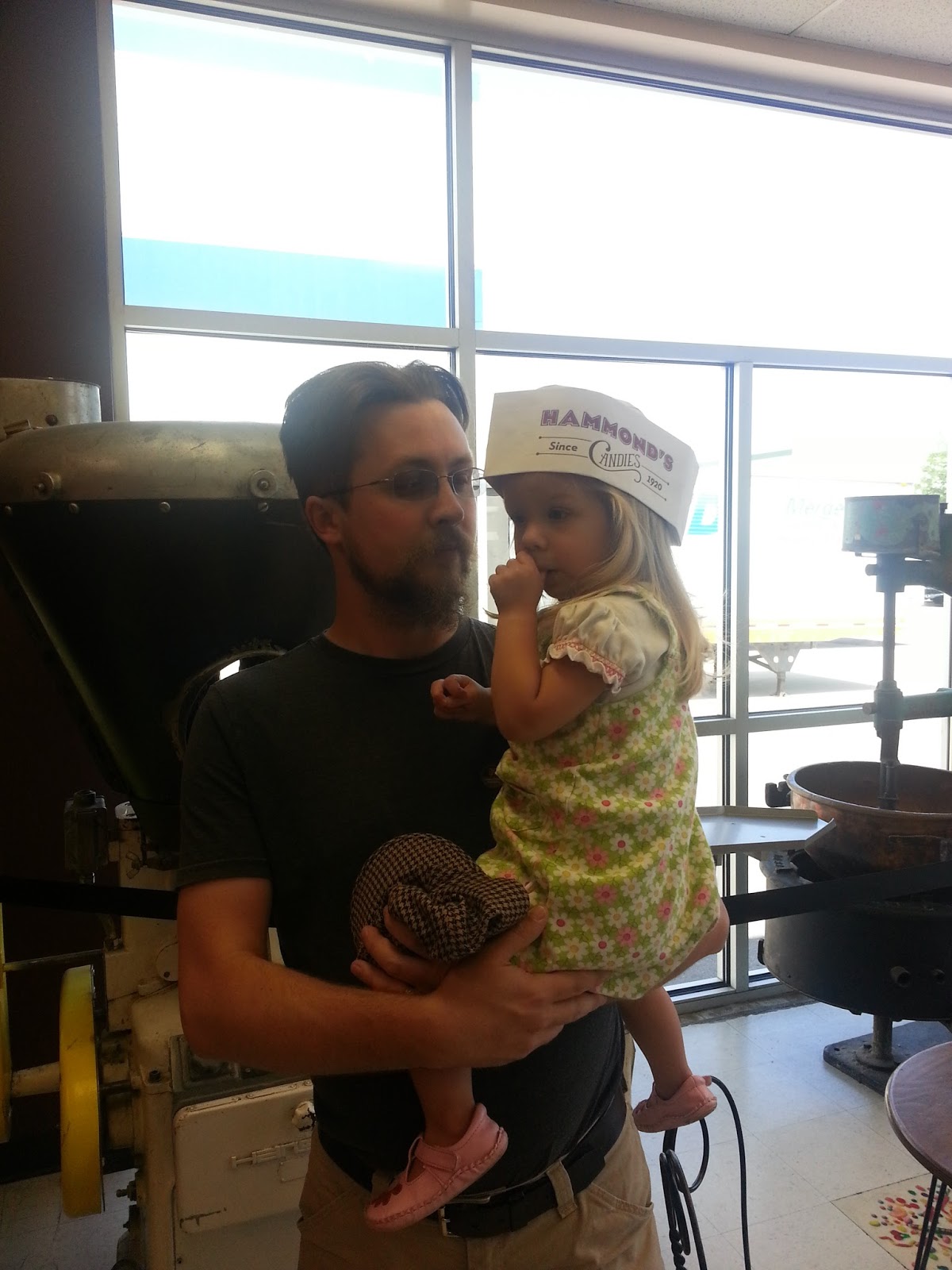 After the video you get led back where all the action takes place.  You can see the workers going through every phase of candy making.  On this day they were making candy canes of various flavors and colors.


Noelle and Lily watching the action. 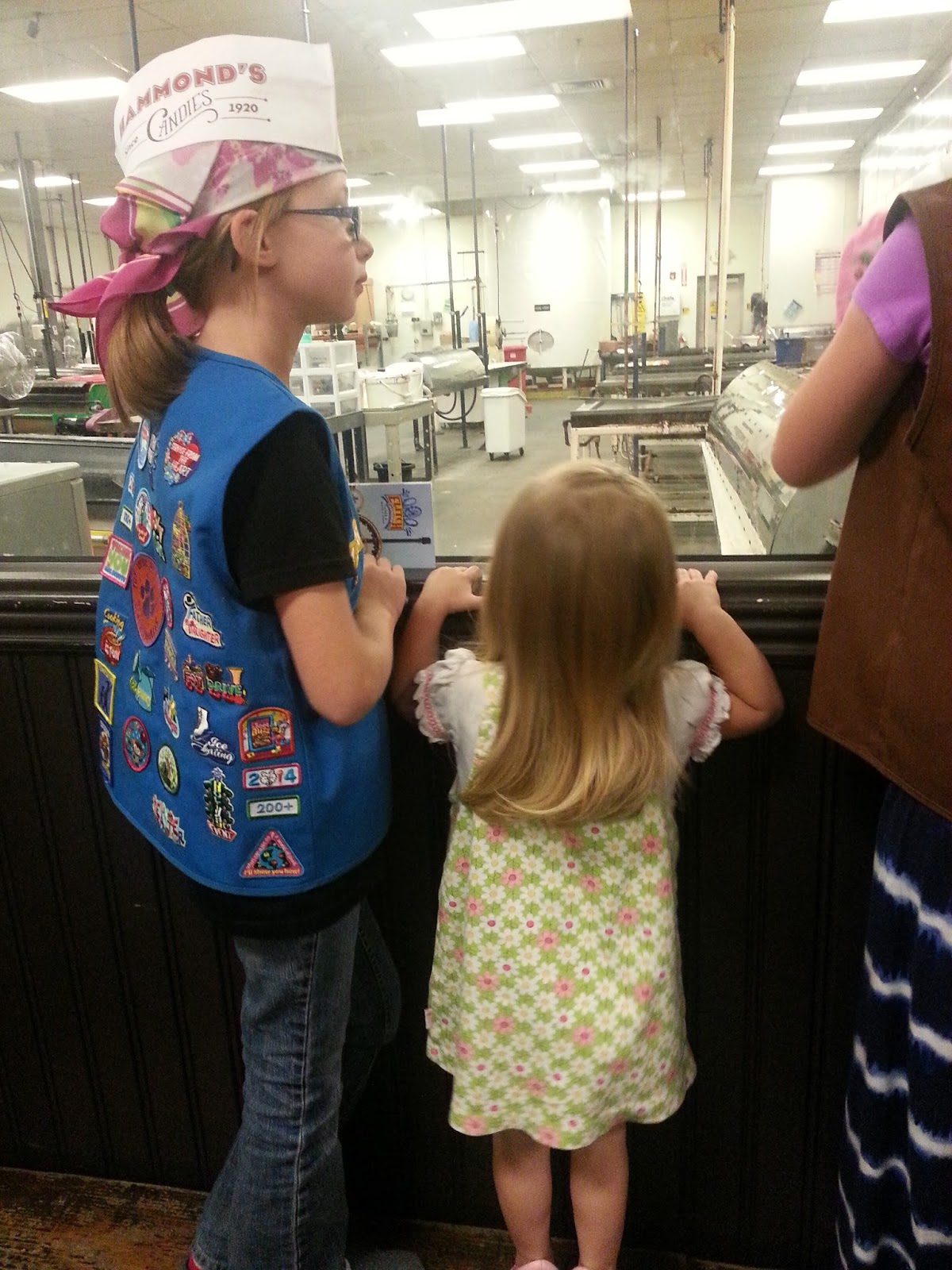 As you go down the hallway there are these placards that give a timeline of Hammond's Candies. 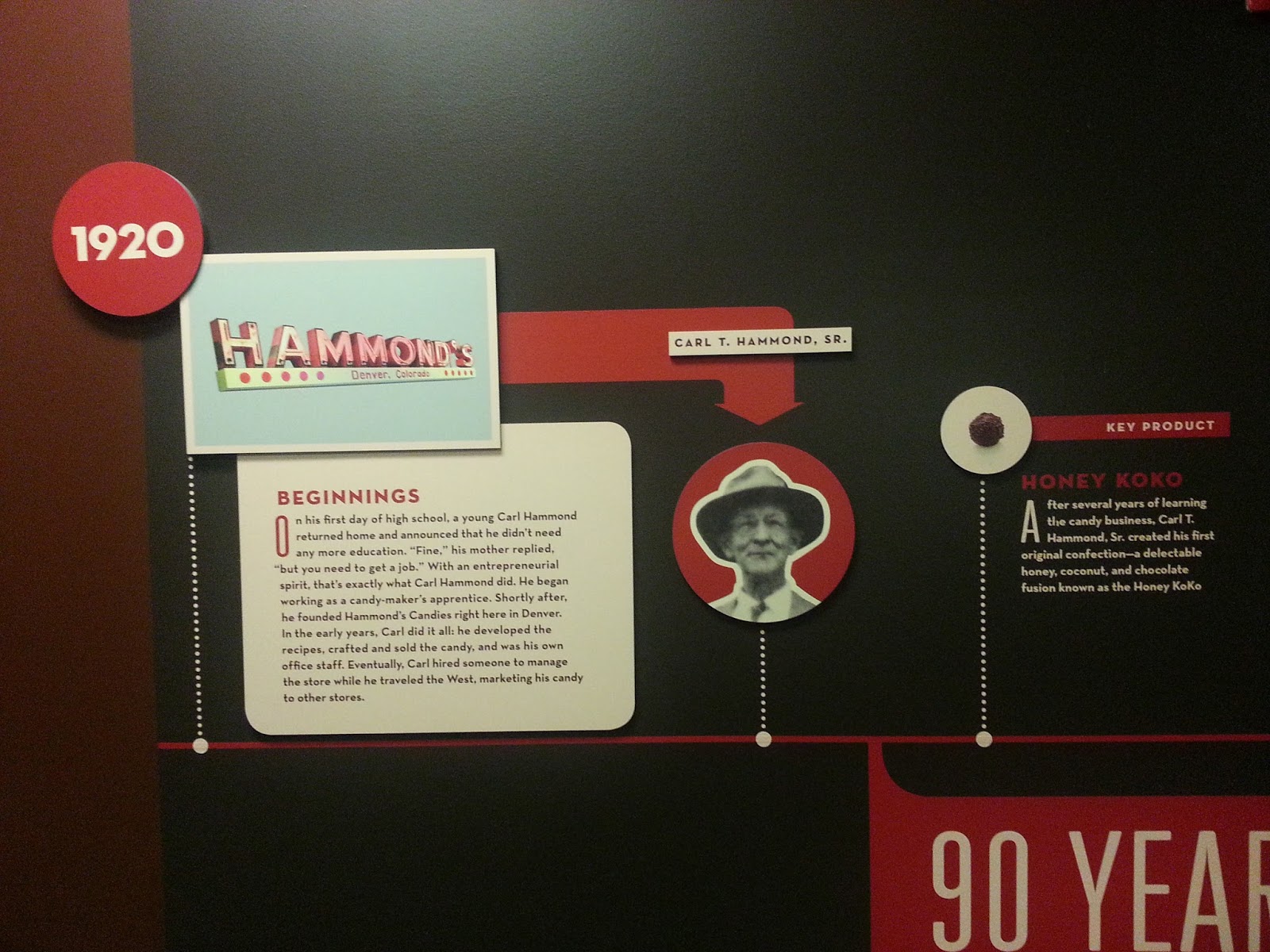 Watching the workers package and box up the candy! 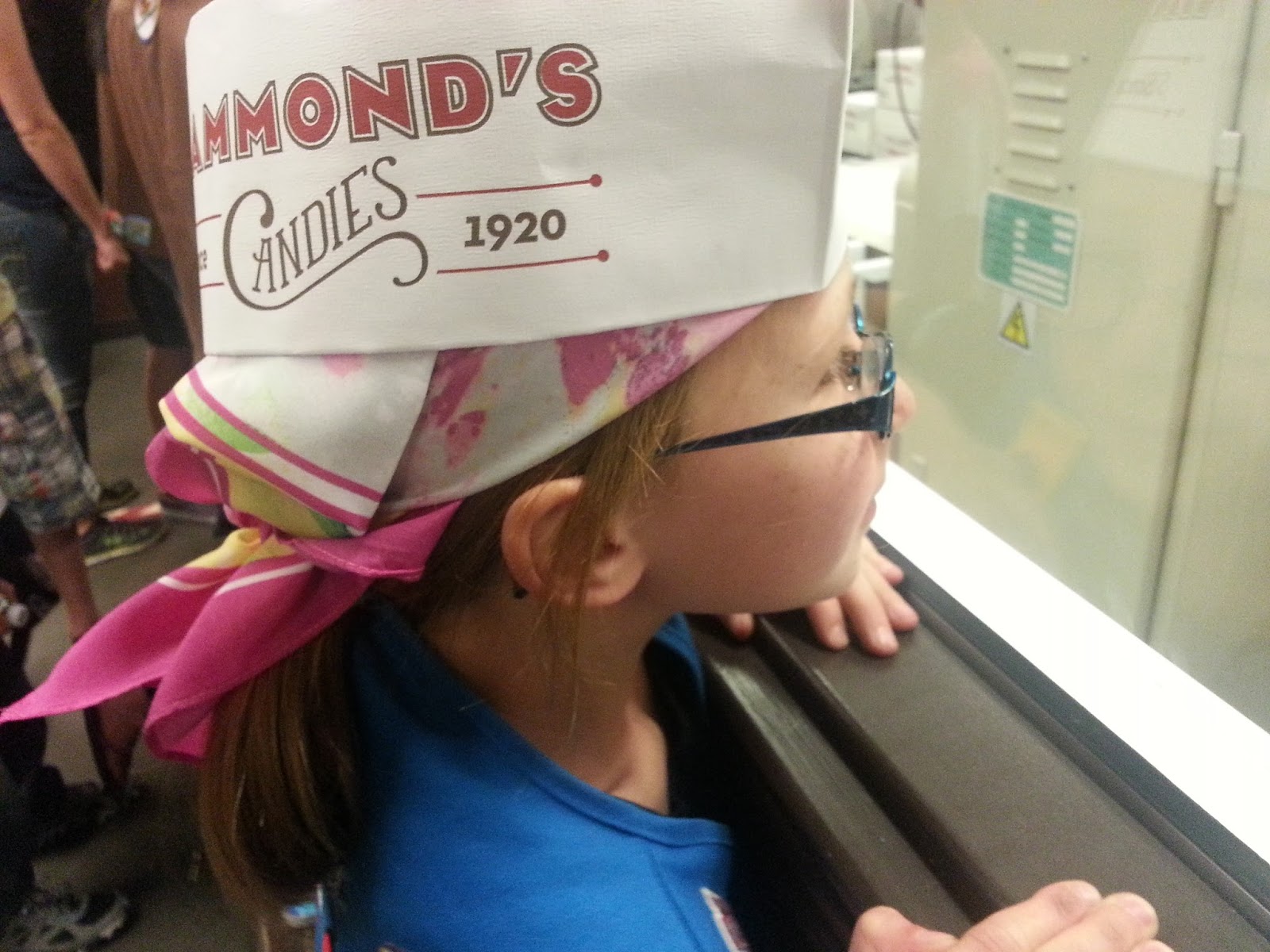 At the end of the tour they let everyone have a sample, on this day it was a chocolate marshmallow candy.  It was a bit rich for me since I haven't been a fan of chocolate with this pregnancy, but the kids loved it.  After you get your sample you can browse the factory store and buy all the candy your heart desires!  They have a ton of very cheap stuff that is considered "seconds" since it is broken, close to expiring, or other such things. 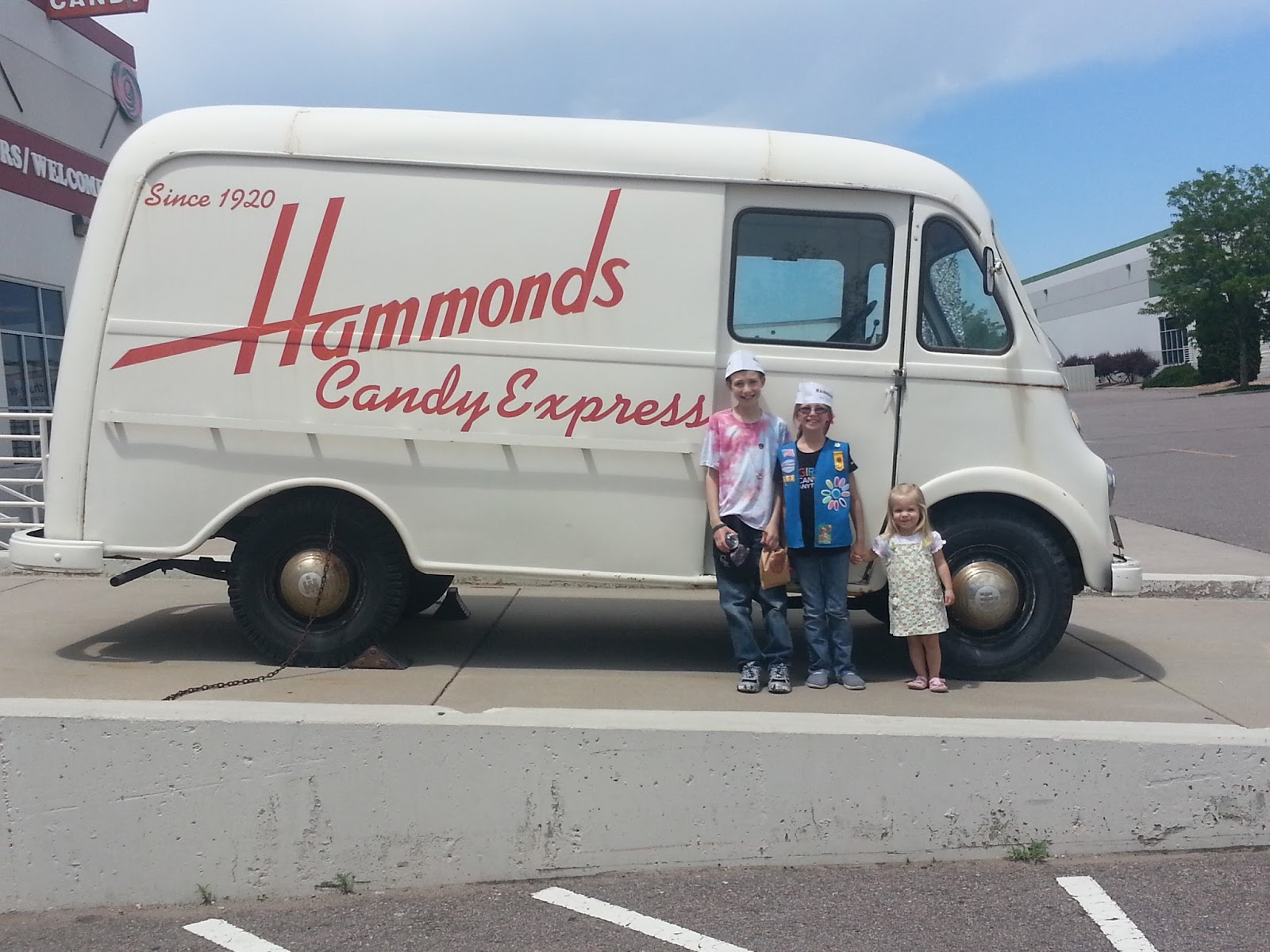 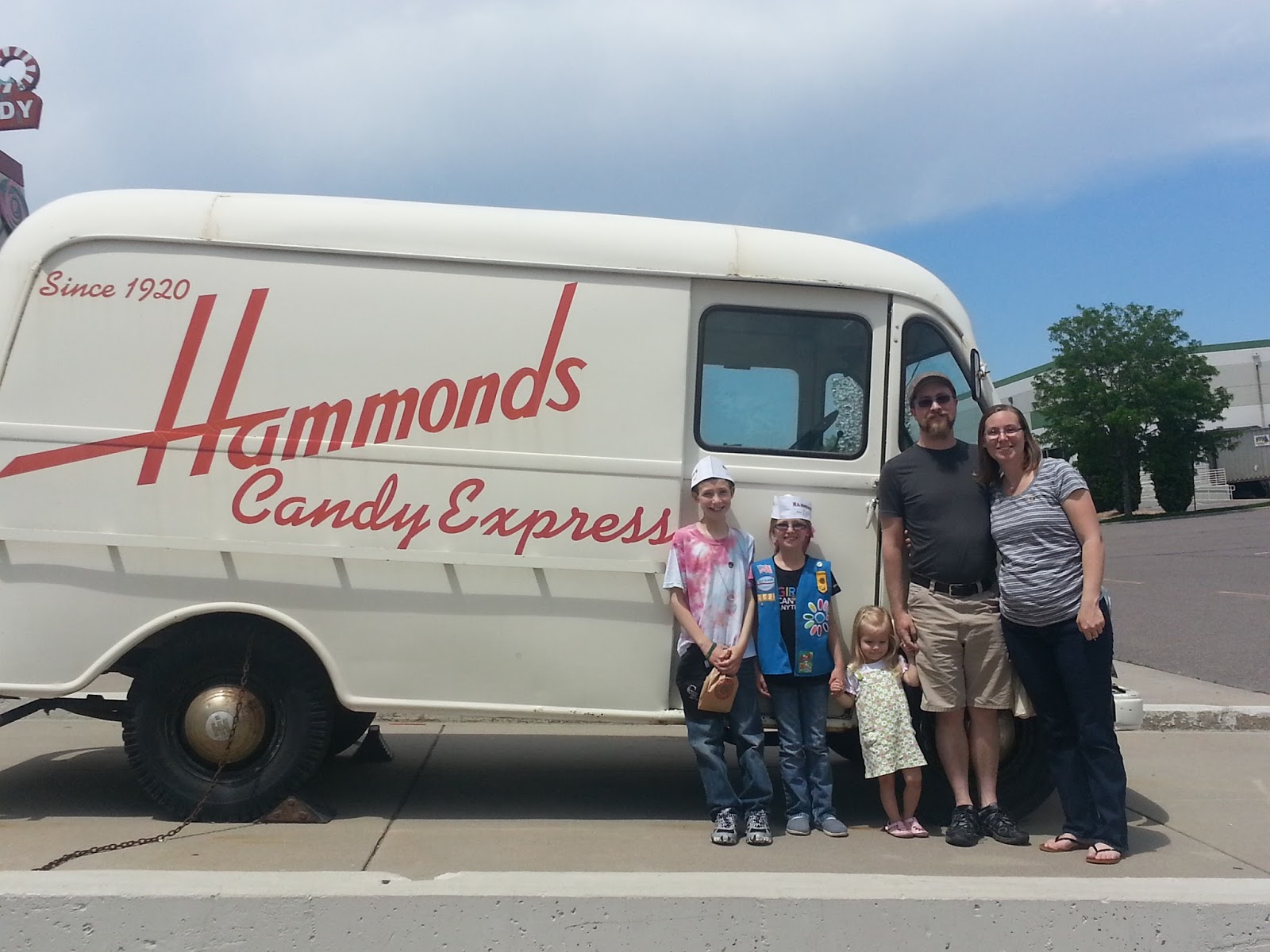 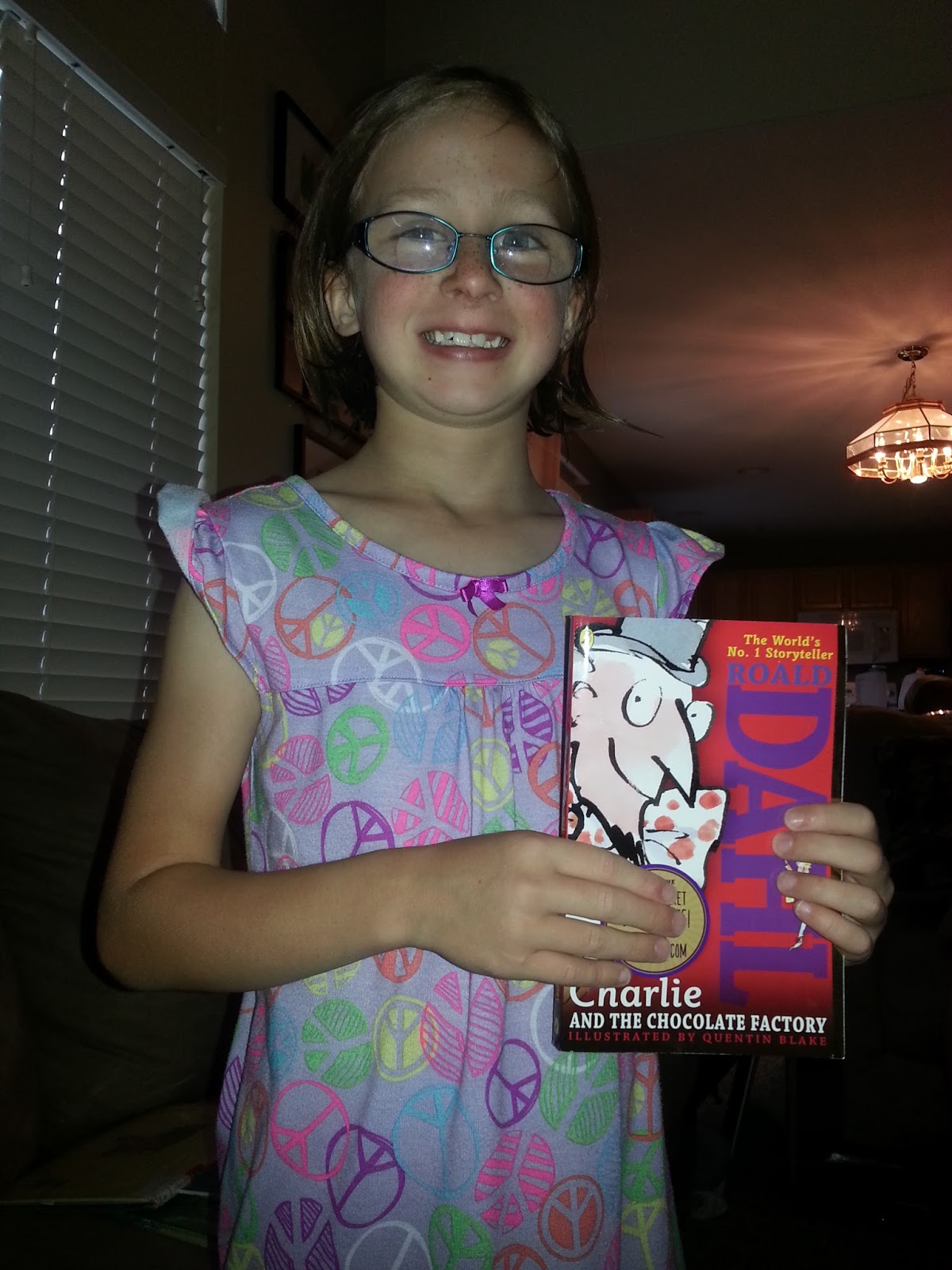 Noelle, my 7 year old, says, "Reading Charlie and The Chocolate Factory made me want to live in a candy factory because then I would have all the sweets I want.  The book made me think of all the sweets, and new sweets, that would be made.  If I could run the candy factory then I would make a candy called "the water lemonade" and it would taste like lemonade with extra water and would be chewy." 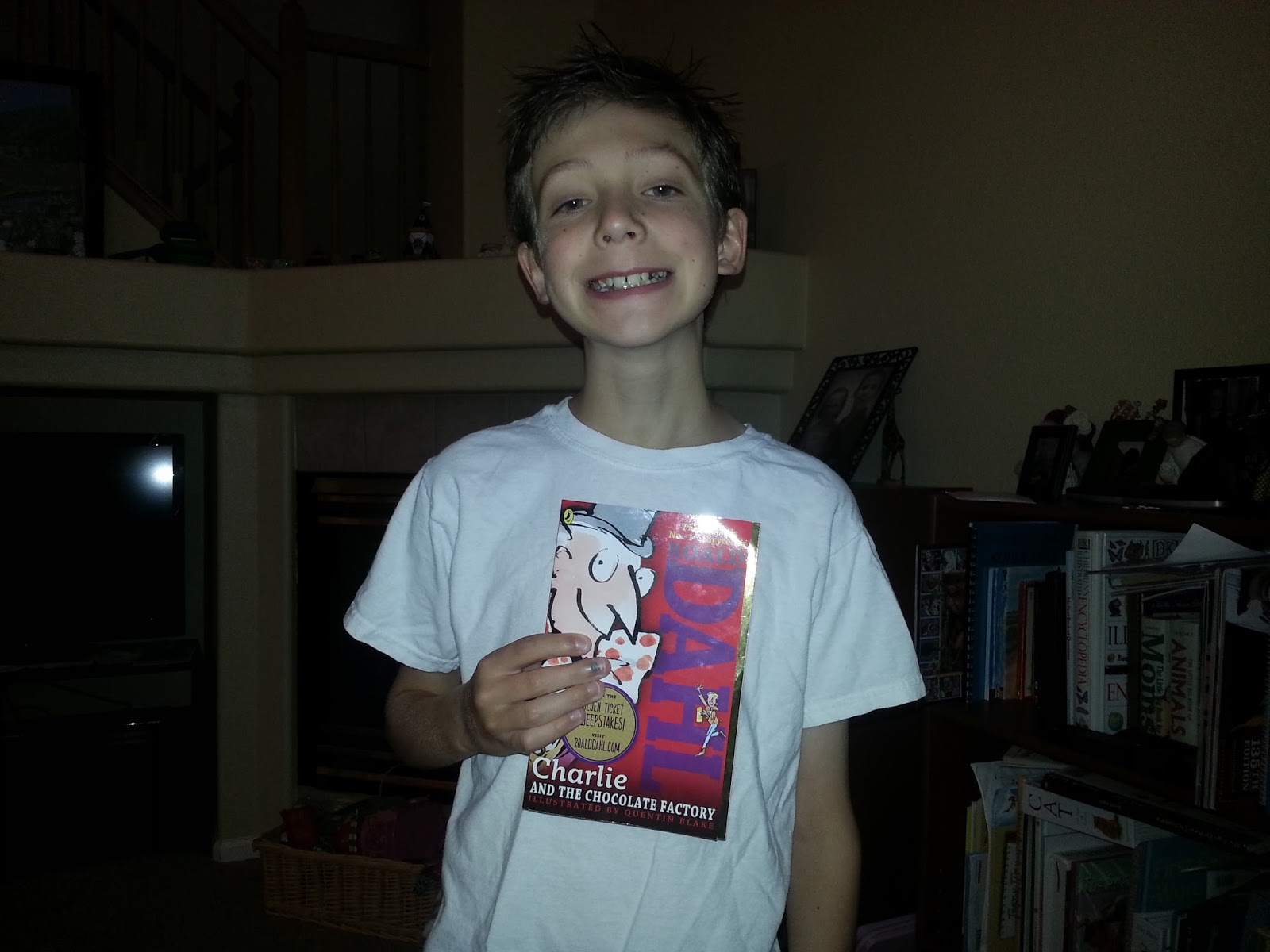 Adam, my 10 year old, says, "Reading Charlie and The Chocolate Factory made me think about how some people don't have very good food and how I should eat my food instead of complaining about it.  Such as saying, "I don't like this!"  Also, that I should not disobey what adults say like the kids did with Willy Wonka's orders.  Otherwise I might be hurt or be in big trouble."  So far as liking the book he had this to say, "This was a very good book.  I wish I could read it again and again and again.  My favorite part was in the beginning when they introduce you to Charlie and his family.  They are very poor and it made me sad to think about it."

This post was inspired by the classic Charlie and the Chocolate Factory by Roald Dahl, which celebrates its 50th anniversary this year. To celebrate, Penguin Young Readers Group, in partnership with Dylan’s Candy Bar, the world-famous candy emporium, and First Book, a nonprofit social enterprise that provides books for children from low-income families, is launching a year-long international celebration.

Head over to From Left to Write to learn how you and your child can have a chance to win the Golden Ticket Sweepstakes where the grand prize is a magical trip to New York City plus much more! For every entry submitted, Penguin Young Readers Group will make a donation to First Book. Then, join From Left to Write on July 24 as we discuss Charlie and the Chocolate Factory. As a book club member, I received a copy of the book for review purposes. 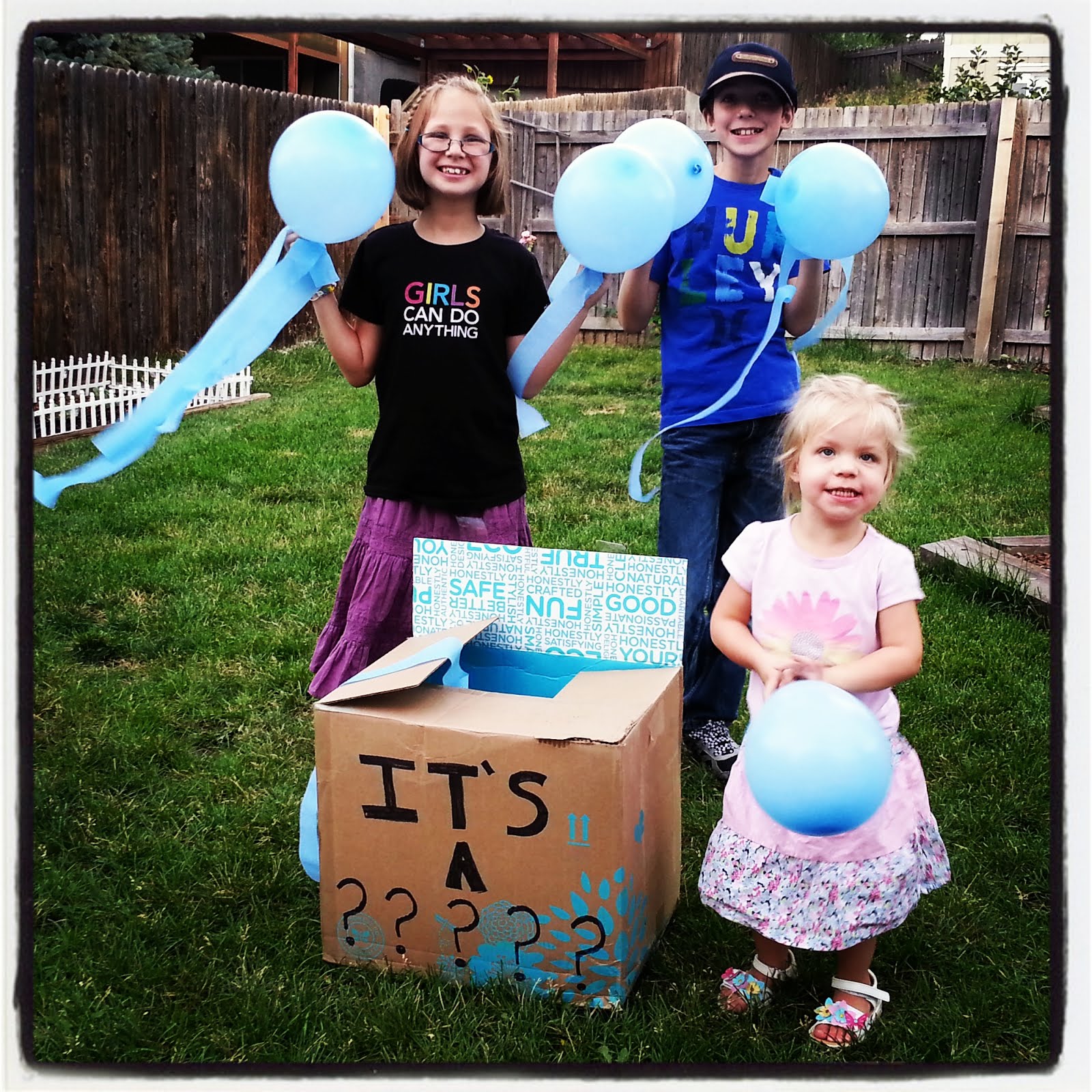